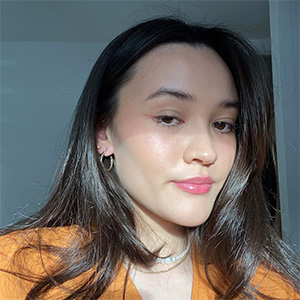 The aim of this project was to show that great stories are universal on Netflix. Meaning all films and TV shows can be loved by anyone – including the content that isn’t in English. I decided to show the benefits of non-English content & to celebrate different cultures and diversity. This project was aimed at Netflix viewers in general, but specifically towards those who don’t watch non-English stories. The majority of Netflix audience is Millennials and Gen Z who are easily found on the internet, specifically on social media platforms. By using this knowledge, I created a campaign about how foreign stories can unlock new doors. By watching non-English content one can discover new languages, knowledge about their own culture and so on. This campaign is titled ‘The Door I Opened’’ which can be taken onto social media platforms to be used as a trending hashtag ‘‘#TheDoorIOpened’’. I approached the brief this way as Millennials and Gen Z all have one thing in common, they love trends and showing their lives on the internet, so I thought this was the perfect method on how to approach this audience. This campaign is also supported by a video advert and by using the environment around us – posters and billboards.

Video Promotion for the campaign

Putting Things in Order - The Fundamentals of Astrology

This project was based on a past ISTD title brief ‘’Putting Things in Order’’. For this project I have chosen the theme of astrology. This is a very confusing topic for many as there are many subjects within astrology. I have put together a book about the basics of astrology – from their sun signs, the houses, natal charts, and the meaning of retrograde. I have named this book ‘’The Fundamentals of Astrology’’ as it is essentially about the basics. I approached this book in a style that looks classic and simple, yet effective. I wanted to reflect this using serif fonts and a simple colour scheme of navy and gold/burnt orange. I organized this book in a way that flows effortlessly for the reader so they don’t become overwhelmed by the subject matter itself. I combined typography with the use of constellations and other visually expressive methods in order to express my content.